Tenon is proud to be an official supplier to Emirates Team New Zealand, providing select clear radiata pine timber for the interior panelling of their San Francisco base for the America’s Cup.

The 232 foot long (70m) venue known as Waka Maori, fashioned in the form of a traditional canoe or waka, was originally used on the Auckland waterfront for Rugby World Cup 2011.

The stunning pine panelling has transformed the interior of the Waka into a stylish venue to showcase New Zealand tourism and businesses.

The photos show Emirates Team New Zealand skipper Dean Barker and some of the sailing team meeting in the Waka. 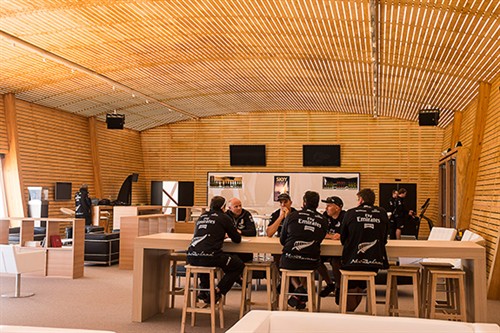 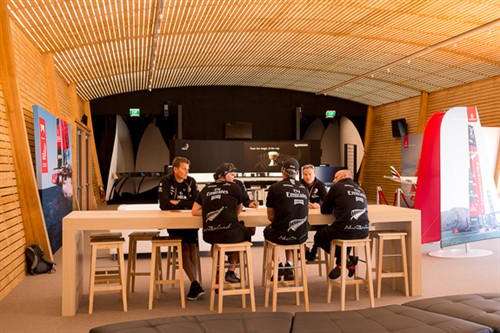